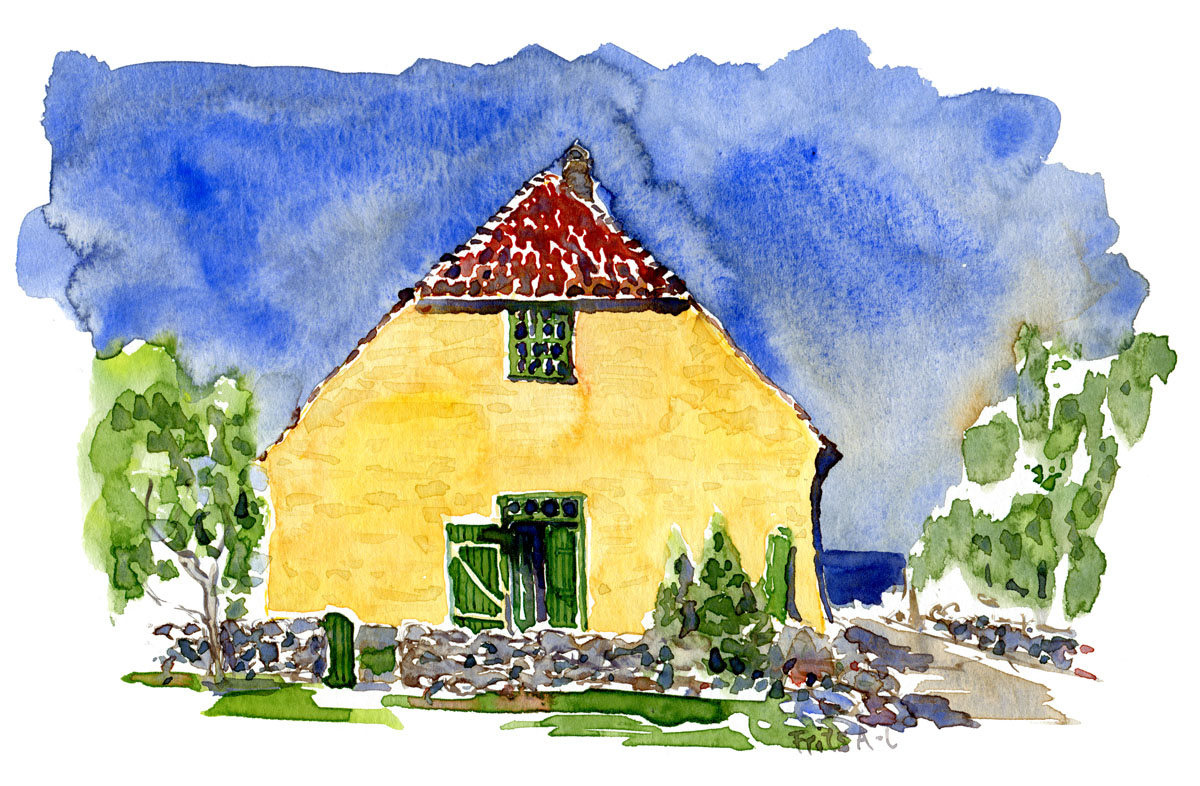 The school on Christiansø

Watercolor and text by Frits Ahlefeldt

There are not many children on the islands these days, but enough to make up a couple of school classes. After 6-7 years in the tiny school the children leave the islands to go to the older classes ( around 7 class )

Other times I would meet the last of the famous old artists on the islands, that still, as the last ones, kept coming back to the islands.

Dominique and Mogens lived in the most amazing boheme apartment on top of the school. Where all the free space was filled with huge canvases. They where both well-known artists working abstract in ways very different from the more naturalistic style I used.

Mogens was also a professor in art on the Royal Danish Academy of fine arts and Dominique is a tiny smiling french lady, with warm eyes and a huge southern temper, that comes out in her colorful paintings and words in her french dialect.

Remember long time ago when I managed to convince them to join in on re-creating the old summer exhibitions. The two old art giants nodded, would like to take part… even though the rest of the participants was of a less known kind, from local housewifes to a young architecture student.

We sat for a while and they talked about the old days, when famous artists had visited the islands, partied and experimented in ways that echoed all the way to Copenhagen, and had many more head for the summers on the remote islands. Those were the old days, when the commander of the islands wanted to luck the artists in the prison, when the royals visited the islands – because the artists, because the artists had found the locals old carnival clothes and now insisted in walking around and painting in them.

They smiled, that was the old days on the islands.

Last summer I met Dominique on one of the paths on her way to the grocery store, slowly walking all the way with her net for her groceries, she was more alone now Mogens had past on, but still wanted to be on the islands. “Are you still painting?” She asked with her mild and wise eyes

See all watercolors from my Christiansoe collection here